Showing posts from December, 2015
Show all

If Dino had lived... 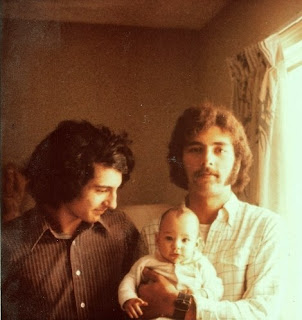 Bridgewater Soccer Mom ponders her ultimate what-if... Plan or fate? What decides the trajectory of an individual's life? As I look back on my journey, it is hard not to wonder my biggest what if. If Dino had lived, would I still be me?
If Dino had lived would I have followed a less traditional path? Instead of living here in Bridgewater, a married mom to two teenagers with a "9-5 job" (well, 8-5), would I have followed in both of my brothers' footsteps and moved to California? Dino had a special gift - tinkering with engines - and a special passion - race cars - ultimately he became a Formula One race car mechanic, training under the Senior Ferrari and turning it into a business. He ran in a wild crowd, married a tall wild soul and by all accounts had a LOT of fun. What chances would I have taken? He prioritized fun in his life - do I do the same?
If Dino had lived would I trust people more?
When he died, my Mom, sister and I were in New York. (You can read more abou…
1 comment
Read more
More posts