The Sound of Music

March 11, 2013
One of my parental disappointments is that my children aren't particularly interested in music. Both tried and both quit playing instruments in 5th grade, and my son enjoys singing but not enough to spend a lot of time practicing and not enough to try out for choirs and such. They do plenty of other things, especially C, so I can't take it too hard. After all - it's their lives. I lived my childhood and it was full of music.


To me music was my identity. I was a pianist, I was a singer, I was a cellist. I wasn't particularly good, or competitive, at any of them, but I really loved to sing. I loved harmonies and melodies. I hated soloists - probably because I never really got any big solos - but mostly I just loved the act of singing. And first cello? HA!

This week there were several articles about a teacher who leads the marching band. He is currently suspended with pay, but the public isn't exactly sure why. (It is a personnel matter, I understand this). The debate seems to come around the competition aspect of his job and how he "motivates" students.  He's known for leading the marching band to success. Whatever he did (or didn't do) I think it shows that the system is working: a teacher is being reviewed for alleged misconduct. We hear time and time again about complaints against teachers fall on deaf ears, not only in this district, but around the country. I have so many teachers whom I respect and love, but there are plenty of examples of teachers who have behaved badly and because of tenure, or culture, no one bothers or dares to take up the arguments that may lead to a punishment: anything from a formal reprimand to a punishment of either dismissal or jail time. In fact in all the years I've followed local schools and blogged about them, I cannot think of a single incident of a Bridgewater teacher being fired with cause for cause. And the only two incidents I can recall locally in recent years where teachers have been fired had to do with either sexual misconduct or a DUI with severe injuries. So while I don't know the facts of this case, I think it is a good sign that the district is taking seriously an allegation against a publicly "important" teacher who brings wins to the schools.

This brings me back to my original thought. Music as competition: which it often is, of course. Who is first chair violin? Who gets to be Sandy in Grease, or Jesus in Godspell, or who gets to big solo? Which band is the best? Who gets a Grammy???

In a perfect world, music shouldn't be about competing. It should be enjoyment. Call me an idealist! I think it should bring people together... just like schools. All too often music is like a sport, not like an art. Art for art's sake.

At my high school, this was the big holiday solo. People started vying Sophomore year to get it their senior year. For the rest of my life I'll think of it not as a Christmas carol but as a reward to the best singer. And I bet lots of people who sang with EFA Concert Choir feel the same way.

custom soccer uniforms said…
this post really enjoyable i refer this to my friends.
March 15, 2013 at 8:33 AM

Soccer Jerseys for kids said…
yes you never force your children to do what they don't want to do they have their own qualities their own nature its no compulsory that the all the children are identical in nature to their parents as you said that your children not spend their much time on music but in your childhood you spend your lot of time on music and you was a singer and a composer but your children are not interested in it so let them free to chose their own they chose soccer for them then its okay for you.
March 21, 2013 at 7:34 AM

Popular posts from this blog 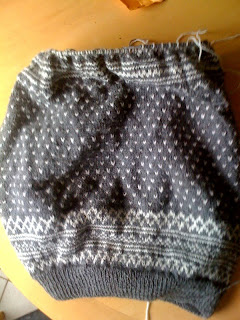 This weekend I got sucked in... to Ravelry.com! It's a site for knitters and crocheters to share patterns, information and pictures. I think that if I spent as much time on actually knitting as I did on the site, I would have knit an entire sweater!

Who knew there was a single site that I could waste more time on than Facebook? One of my friends said she has recently become addicted to Twitter. If she can, than I can, so I'm staying off tweeting for now.

I realized that for me half the fun of knitting comes in the planning and starting phases. A long time ago I did the Myers-Briggs personality test and I think I ended up with ENFP (don't quote me, I think Clinton was still in office). But that fits - bright ideas, gets bored easily, dislikes structure and has a problem finishing things. That's exactly how I seem to knit!


But do I have an actual deviant form of ADD specifically for knitting? (Whether or not I have real ADD may or may not be the subject of another …
Read more

Why I'm voting for Christine Chen for NJ Senate tomorrow 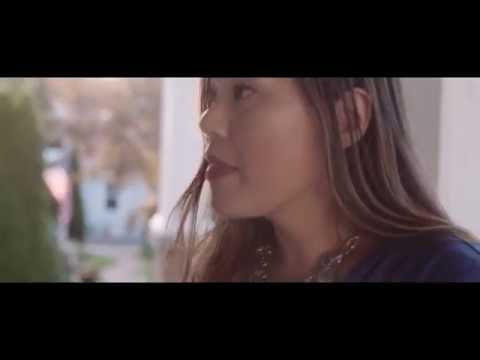 For months I've been avoiding politics. I consider myself a well-informed person, but over the past year I have lacked inspiration to engage in politics. After years of following local events eagerly, attending school board meetings and spending time involved in the community, I'm feeling rather apathetic this year.
Enter a scientist and Bridgewater mom running for statewide office But something changed last weekend when Christine Chen knocked on my door. If you haven't had the pleasure of meeting her, check out her video. It is her in a nutshell.


Why vote for Christine Chen? I can write all the reasons I'm going to vote for her - she's a scientist - and Bridgewater Mom - who is running for statewide office. She's got kids in our school district, so she gets it. Accessible, intelligent, informed. She pays taxes here and can do the same ROI calculations (mental) that I do! And, she is a Jersey native trying to raise kids in the community where I've been rai…
Read more 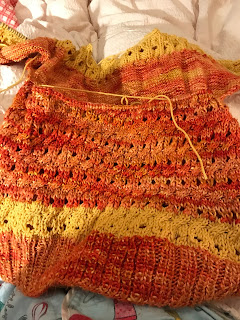 Hello My Friends... I've Missed You! Although I've drafted a few blogs over the past 8 months, I haven't published anything lately - nor had I realized how long it had been since you'd heard from me. Life sometimes gets in the way of our creative pursuits, no matter how much we love them. Writing has always been my joy and my catharsis. As I write I create a place where I experience life and reflect upon how the world impacts me - and vice versa. So, of course I've missed blogging. (Full disclosure - I wrote this on Thursday and now, on Sunday morning I'm editing it hurriedly before meeting a friend for a run...)

This sunny morning I drove down Country Club on my way to my new job (yes, I have one, but that's not today's topic) and I got inspired... As MR puts it when we get into an intense discussion, "I felt a blog coming on." So I called her for feedback... and I promised to write two blogs. Here's the first. Enjoy!
Fool me once... Foo…
Read more